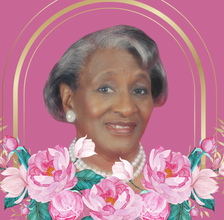 Graveside services, including burials, are likely to be held on ground that is uneven, which is out of the control of Oglethorpe Funeral Chapel, Inc. We ask that you take this into consideration when choosing footwear, such as shoes with high, thin heels. Please be advised that Oglethorpe Funeral Chapel, Inc. will not be held responsible for injuries at a grave site because of this.​
​
Gracie Deloise Smith was born December 2, 1936, to the late Grady Sr. and Mittie Flowers. She was preceded in death by her beloved son Reginald Christopher Miller, siblings Grady Flowers Jr., Cullen Flowers, and Eula Flowers. She was educated in the public school system of Macon County and attended the historic Flint River Farm School. From an early age she was deep-seated in the Christian community that would be her lifelong support. She was a faithful member of Union Baptist Church where she served as the mother of the church and as president of the missionary society. Gracie retired after 30 years with Gold King as a lab technician, often taking in extra jobs as a seamstress, baker, and beautician in order to ensure her children were afforded a quality education. Her passion for service resulted in hours of volunteer work in the community. She often dedicated her time to the town’s hospital as a pink lady helping to care and comfort patients. She believed strongly in voters’ rights for all, which led to her commitment as a poll worker during elections. She talked to both the young and old encouraging others to exercise their right to make a difference by voting. Gracie was kind and soft spoken and often spoke at women’s conferences. She was a champion for encouraging women to excel beyond any adversities that held them back. Gracie was also a life member of Order of the Eastern Star.

Gracie was preceded in death by her beloved husband the late Henry L. Smith. Through this union Gracie and Henry blended a large and loving family together, that evolved into a life full of love and laughter.